- July 08, 2015
Singapore's 50th Birthday is coming next month and celebrations to mark this milestone are already being organized left and right. In the culinary front, we have the Singapore Restaurant Month which started on the 1st of July and will run until the 10th of August 2015. Celebrating SG50 is all about being proud of being a Singaporean, of living and residing in Singapore and it's also about giving focus on what Singapore is all about. 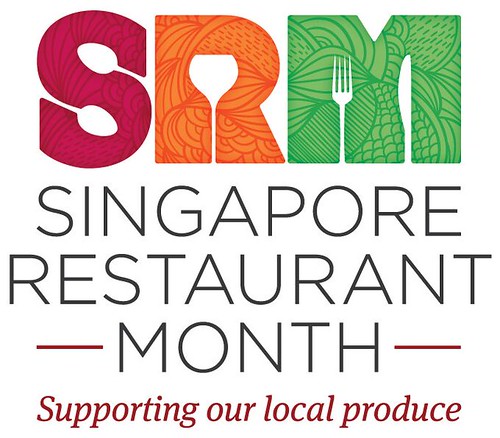 Truth to be told, I thought that every single thing that we can find here in the Lion City are imported goods. Even our water, as I was told, comes from our neighbouring country Malaysia. Thus, it was easy for me to conclude that given the small land area of the country, probably it is possible that there are no local produce. Well, I was wrong. 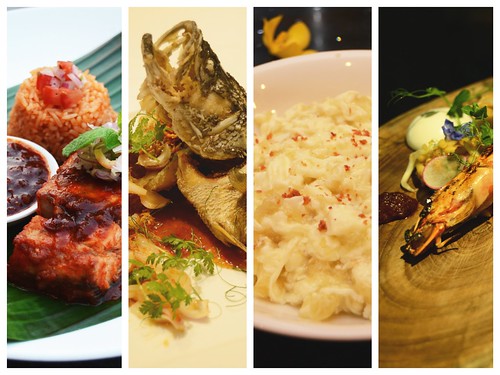 This year's Restaurant Month puts the limelight on the three main produce that you can find in Singapore -- fish, eggs and vegetables. Yup, we were surprised to know that there are actually local fish and egg producers in Singapore as well as vegetable growers too! How cool is that?

So, to have a taste of these local produce, we visited four different restaurants all over town to try their specially created dishes that highlights one of these products. In other words, we went on a gastronomic food trail all in one night! 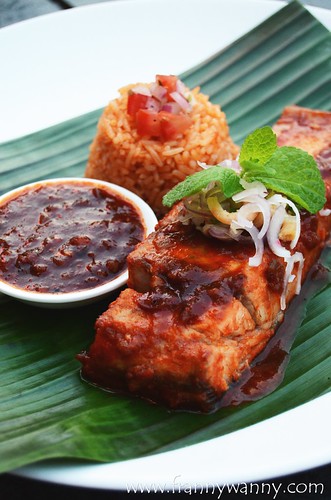 Our first stop was at Cafe Iguana. Paul and I recently had dinner there and we enjoyed their delicious Mexican food. For this particular visit, we had the Pibil Pescado in Red Chile Sauce which is a nice plate of fork-tender seabass in spicy chili sauce. I have to say that the seabass was very meaty and it has a nice sweet taste that I like. This was served with a small cup of Mexican rice making it a hearty and healthy meal on its own. Yum! 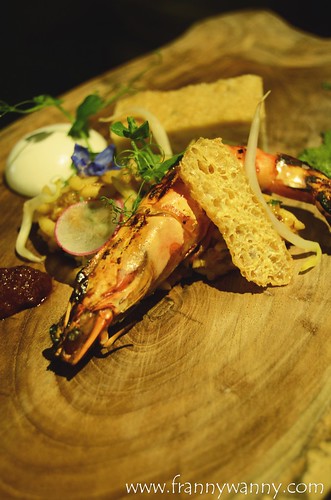 After we were done with our meal, we headed off to the southwestern of Singapore where Portico was located. To be honest, I was most excited for this stop as I've been wanting to try Portico since it opened last year. Chef Nixon prepared a nice 3 Grain Laksa Risotto with Homemade Pulau Ubin Seabass Fish Cake. It's his take of the traditional laksa made modern. I love how the grains were a combination of barley, oats and orzo pasta giving it a nice chewy and creamy texture. It was served with a huge piece of prawn and the coconut foam which was surprisingly good.

At this point, I was already filling full already and we still got 2 more stops to go! Oh dear.. 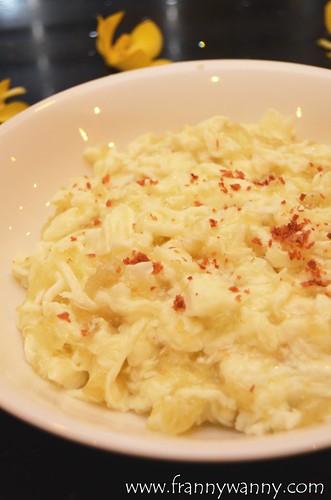 Our next stop was at the Prima Tower Revolving Restaurant which has been around for more than 3 decades! Specializing in Beijing cuisine, this restaurant allows diners to enjoy a nice view of the harbour and on the other side, the tall skycrapers of the CBD area. We got to try the Sauteed Bird's Nest with Egg White which honestly was just a-okay. I think it's because the bird's nest and egg white combination was just too creamy and rich that we all wished there was something else added into it to break the monotony of this dish. Some crabmeat or scallops, perhaps? I'm sure Prima Tower Revolving Restaurant has better dishes to offer as it won't be around for this long if it can't keep its patrons happy but maybe just not this one. 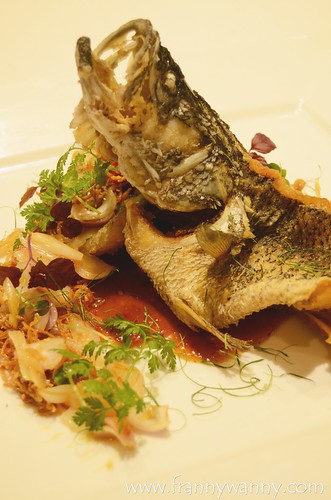 Moving on to our last stop, we visited Palm Beach Seafood Restaurant near the iconic Merlion. Here, we got to try locally produced Fried Baby Barramundi which was deep-fried and served with a sweet/spicy sauce. Oh this was delicious! We all happily dug into our own slice of fish as the meat was just so fresh and tender and the sauce perfectly complemented it. What a great way to end our food trail!

It's nice to see all 50 restaurants all over Singapore come together to celebrate this year's Restaurant Month. There are 12 heritage restaurants such as Fatty Weng, Prima Tower Revolving Restaurant, Gim Tim, Bee Heong Palace Restaurant, Islamic Restaurant and many more. In addition to that, there are 38 non-heritage but equally amazing restaurants completing the round-up such as the ones I've mentioned above as well as Brewerkz, Hard Rock Cafe, Forest, JPOT, Seoul Garden, Soup Spoon Union, Swensen's, Tunglok and Jumbo Seafood to name a few. Here's the complete list of participants that you should visit.