- July 14, 2015
One thing that I love about Singapore is the fact that it's a growing melting pot of cultures and races. During my 2 years ++ stay here, I've learned a lot more about the Indian, Malay, Indonesian, Thai and of course, the Singaporean culture. Working in a multi-national company has also allowed me to interact with my colleagues from all over the world! In exchange, I would happily share stories and information about our very own Pinoy culture and practices too. 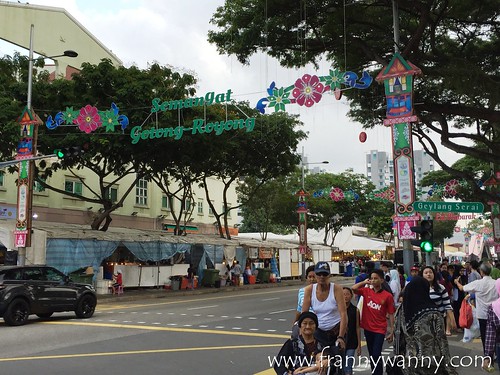 It's the Ramadan season where our Muslim friends would fast from sunrise to sunset. One thing that I really admired their sacrifice for as I can't imagine skipping a meal, much more not eating or drinking the entire day. After a full day of fasting, then comes the iftar which starts by breaking the fast by having sweet dates followed by prayers and a hearty and delicious meal. Every year, the district of Geylang Serai comes alive during this season. At 4pm every day up until the day before Hari Raya, food and retail stalls would line the streets all around the area. Having read reviews about it and with colleagues urging us to check it out, Paul and I spent our entire Sunday late afternoon eating our way around the Geylang Serai Ramadan Bazaar. 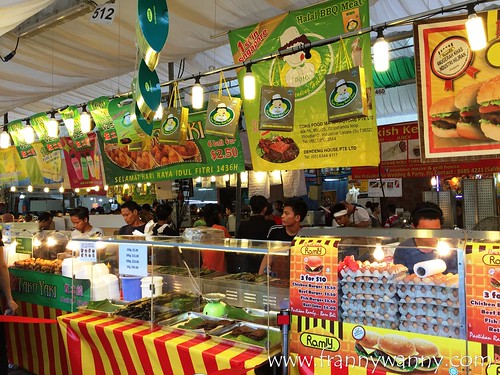 Navigating your way around can be challenging as there's no specific stall signages nor any directional signs to help you. In fact, we ended up circling around 5-6 blocks and later on going back to our original spot where we finally found the stall that we have been looking for in the first place. Oh dear!

Here are some of the things you can expect and should look out for when shopping at Geylang Serai's Ramadan Bazaar this year: 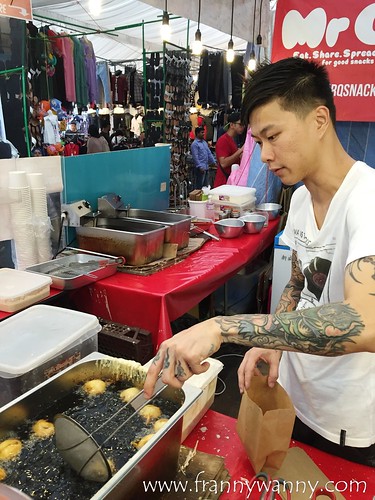 This can be found within the food area nearest to the Paya Lebar MRT Exit A / Singapore Post Centre. To be really honest, I wasn't interested in trying this as I'm not fond of Oreos to begin with and in my mind, I can't just imagine having it fried and oily. However, Paul was so intrigued by it and patiently queued up to try a bag of Fried Oreos. 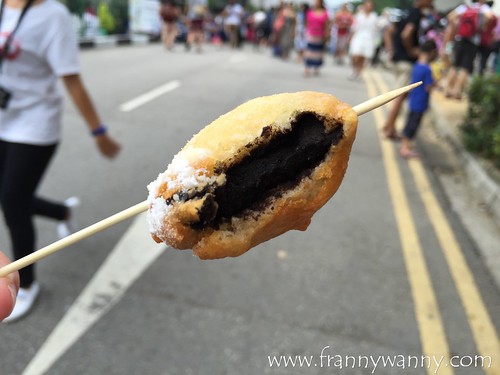 What can I say? Well, I was wrong. These mini poppers were sooo delicious! I love the yummy pancake-like batter and yes, it was deep-fried but it's not the kind where oil would come dripping down as you bite into it. The Oreo cookie was tucked inside and everything just magically blended well together. I know I'm getting ahead of my story-telling but this was the best food find that day.

"We are not leaving without having that much-talked-about Churros." This was what Paul and I would say as we searched for Bakes & Crafts stall in vain. After going through several blogs for more clues, we finally found it within the food section along Sims Avenue. It's right beside the stall called Happy Rollies which is selling ice cream rolls. 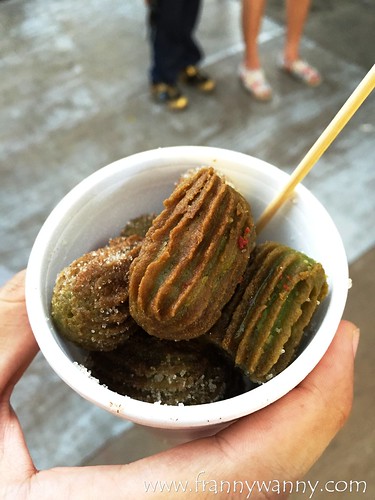 As soon as we spotted the stall, we had to queue up but thankfully waiting time was just about 20 minutes as opposed to the 1-hour rumor that we have been hearing. So, was it worth the wait and search? Yes but to be honest, I would have loved it if the pandan and gula melaka flavors were more prominent as I had to close my eyes and concentrate to be able to detect the very subtle taste. This was Paul's favorite though and he was really happy with finally being able to try it. 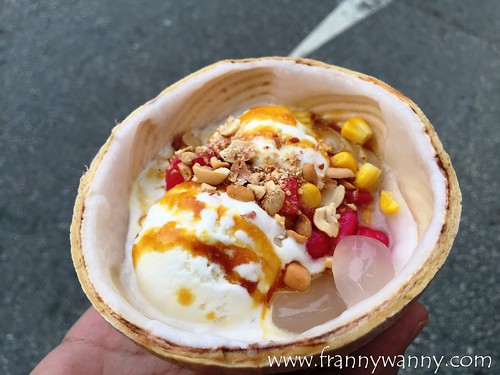 As you know, Paul and I love Coconut Ice Cream so we were so excited to spot this in the Geylang Serai Ramadan Bazaar. This one comes with more toppings -- red rubies, atap seeds, corn kernels and peanuts. One order gives you two small scoop of ice cream in a Thai coconut shell. Sadly though, we weren't so impressed with it for several reasons.

First, the coconut flavor was very mild. We love coconut and we want it hitting every single one of our taste buds. This one just simply glided down with no impact at all. Secondly, the shell normally would have a generous serving of coconut meat but this was one had very thin strips not enough to satisfy a coconut fan. Lastly, while they had more toppings, they pretty much scrimp on the serving. I literally had to ask the lady server for more red rubies as she initially was just planning to give us 3-4 pieces. Come on, lady! :-/ This was the only one that we bought felt wasn't worth our money nor the unwanted calories. *sigh*

Aside from these desserts, you can find a lot of savory items in the bazaar too: 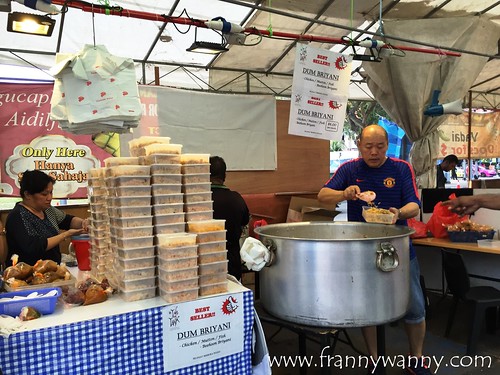 Mutton Dum Briyani that smelled so good that I actually thought of buying a couple of boxes back to enjoy at home. 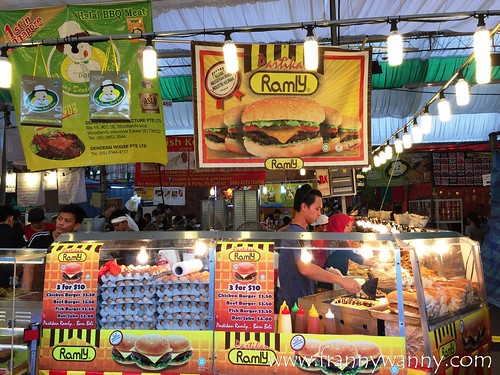 The famous Ramly Burger from Malaysia which has the longest queue despite the number of stalls selling this. I found out that what made this special is that the burger is served with the meat patty, egg, veggies and mayonnaise. It's pretty much like a homemade burger that we would have growing up. It's a very popular food item in pasar malams alongside all the deep-fried snacks that you can think of. I think I'll make sure to try this next time. 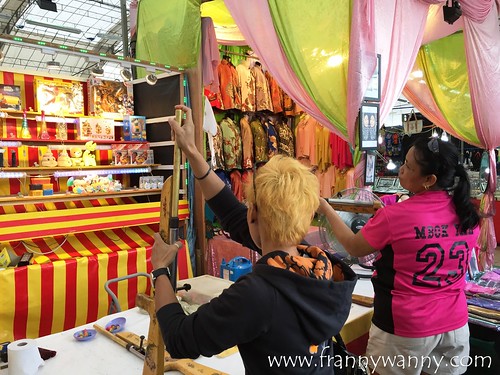 There are also a lot of activities that can be done in the Geylang Serai Ramadan Bazaar such as partaking in arcade games or getting a nice henna tattoo on your hand. Despite the heat and organized chaos of the whole place, I would still happily go back for more yummy discoveries in the coming years.