The Study in Keong Saik Road

- July 03, 2015
I love it whenever we have team lunches! Of course, it allows us to bond with our colleagues at a different environment outside the office and we always end up having good, yummy food too. The recent team lunch that we had was a bit bittersweet though. It was to say goodbye to two of our colleagues N and J.

The initial plan was to have burgers at Potato Head Folks but since they do not take reservations and the place was so packed, we had to look for an alternative. Luckily, Keong Saik Road is such a foodie heaven that there's a lot of food choices left and right. We simply crossed the road and found The Study. Skimming through the menu, we initially thought it was a British restaurant but apparently, it's not. Oops! :P 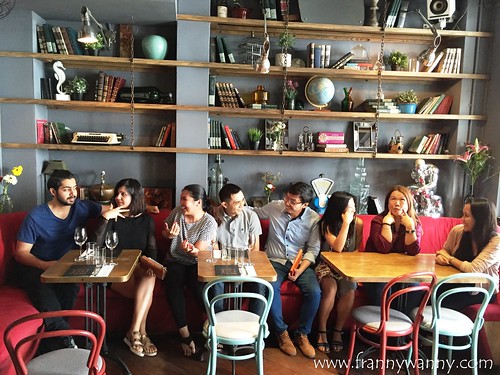 We made a good choice though as I later found out that The Study is not your ordinary bistro. It's the brainchild of Michelin chef Jason Atherton and is part of the same group that owns the famous restaurants Esquina and Pollen here in Singapore. Aside from that, the group also owns Social Eating House in London, 22 Ships in Hong Kong and Table No. 1 in Shanghai. Really impressive huh?

To make things easy and quick, we got the lunch set where we each made our customized choice. Here's mine: 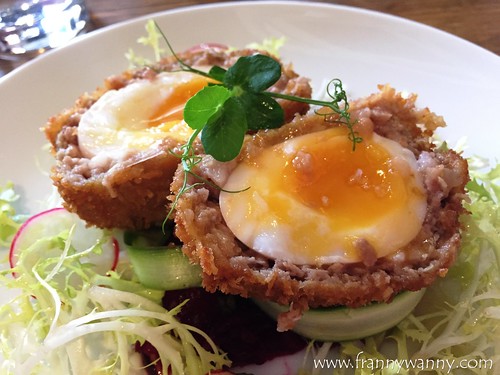 For starters: Iberico Pork & Foie Gras Scotch Egg, Pickled Beetroot, Asparagus and Caper Salad
I chose this because I love love love foie gras but I was a bit disappointed that I could hardly detect even a tiny bit of it. The scotch egg was perfectly cooked though and despite the disappearing act of the foie gras, I have to say that this was one of the best Scotch Eggs I've ever had in my life. No kidding! 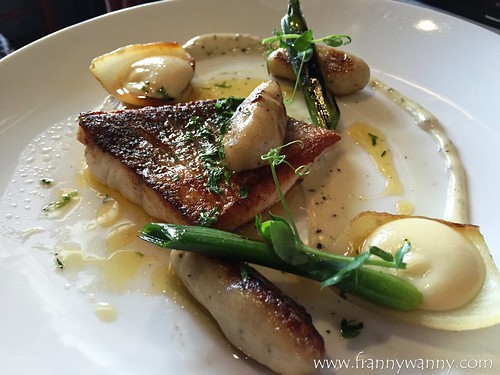 For mains: Sea Bass, Truffle Gnocchi, Onions and Brown Butter
It was a toss between sea bass or steak and as you know, I'd always go for seafood over meat at any given time of the day. I love how the fish melts in your mouth and the truffle gnocchi was just amazing. Normally, I'm scared of gnocchi as it can easily fill you up and it has that umay factor too. For this one though, the 4 bite-sized gnocchi was just right...not! It was so good that even if they serve me an entire bowl of gnocchis, I'd still be a happy camper. 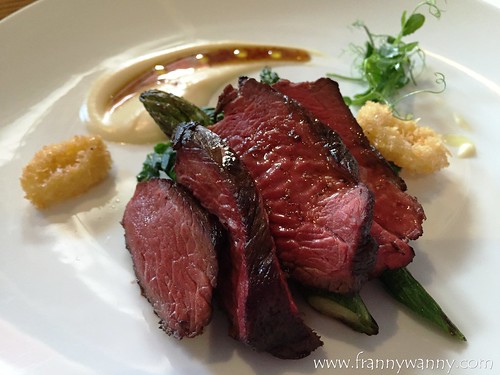 The main dish that didn't make it: Wagyu beef rump, bone marrow crust, salsify and crispy shallot
Half of the team had this and it seems like it was pretty good too. It's interesting to learn what "salsify" is. Apparently, it's a type of root crop pretty similar to radish. 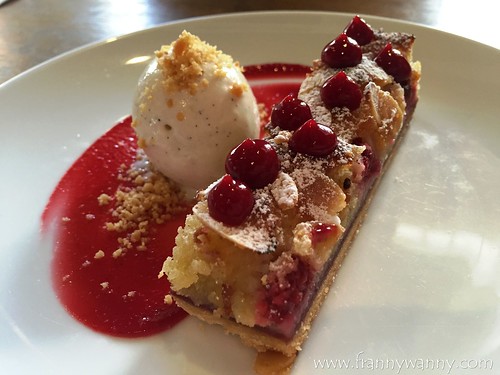 Sweet Endings: Bakewell Tart, Raspberry Jam and Vanilla Ice Cream
This is just how lunch sets should be. It started with a bang and ended with another bang too. All three courses were just so good and well executed that I was wondering how come I never heard about The Study before. The bakewell tart had a good balance of sweet and sour. I love the raspberry jam swirled on the place and piped into tiny dots on top of the tart too. It paired so well with the creamy vanilla ice cream served on the side. 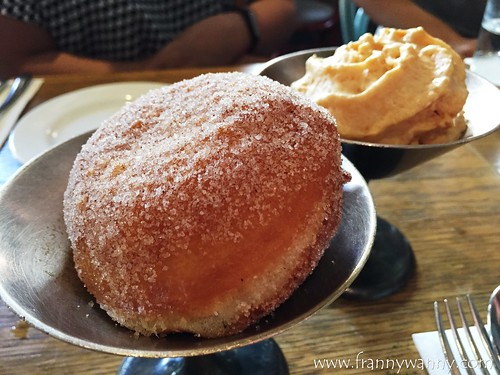 As for D, she tried the Doughnut, Cinnamon Sugar and Salted Caramel Chantilly Cream which she said was good but too heavy to be consumed by one. I wasn't able to try this though as I was so happy with the pretty looking tart sitting in front of me.

Adjacent to The Study is a Speakeasy bar called The Library. Now, I've heard of this place and what makes it so interesting is the fact that you need a password to go in. Cool? Obtaining the password is easy though, all you have to do is to follow them on Facebook and wait for the magical word/s that changes weekly.

I just love the private and exclusive vibe that the restaurant gives. That was indeed one of the best work lunches that I've had and I'm somehow glad that we have spotted The Study which totally made up for the failed burger lunch.