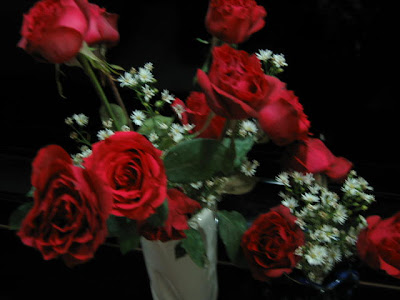 This story dates back to the evening of May 10, 2003 where 12 girls and guys who initially began their friendship over the internet agreed to meet up again for a short reunion. The venue was set to be at Conggo Grille in Tomas Morato. The head of the group or rather, in internet-speak, the chat room head decided to bring along two of his friends to keep him company. One was his friend from college and another was his high school best friend (HSBF).

Over pork sisig and beef kare-kare, everyone was so engrossed in their own small conversations updating one another about college life, high school stories and what have you.

The night went smoothly as the girls bonded while the guys made plans for an after-dinner game of billiards. As the evening passed, little did one particular girl know that she had already caught the attention of chat room head's HSBF. The problem was he's a very shy guy and did nothing but to just listen intently to this particular girl as she animated chats with her friends. Needless to say, the evening ended with the girl saying her goodbye as it was time for her to go home (this was still back in the day when curfew time exists) and HSBF wishing he had the courage to at least ask for her number...

Now, I guess you're wondering what ever happened to those two...

Well, let me continue the story...

Fast forward to February 4, 2010. I guess you can call it fate that we see the same girl and HSBF dining once again at Conggo Grille, Tomas Morato. However, they only made reservations for a table for two and not twelve.

Let us take a look at what they ordered that evening: 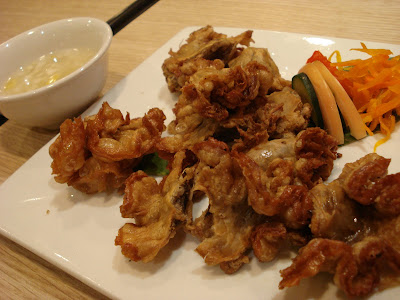 For starters, the girl requested to order a plate of Chicharon Bulaklak (Php. 180). This is a fun appetizer as it's delicious and perfect to munch on to start the conversation rolling. Just a word of caution though, do take this in moderation as it may not do very well for your heart. 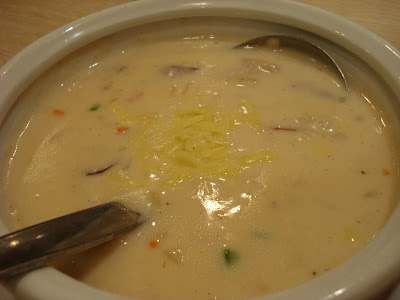 Up next was the Cream of Seafood Soup (Php. 245). Who would have thought that both the girl and HSBF are big soup fans and this dish was one of their Conggo Grille favorites. The serving is big and it is actually good for 4 pax. The soup is loaded with fish fillet, prawns, mussels and squid. What a perfect way to warm your stomach before the arrival of the main dishes. 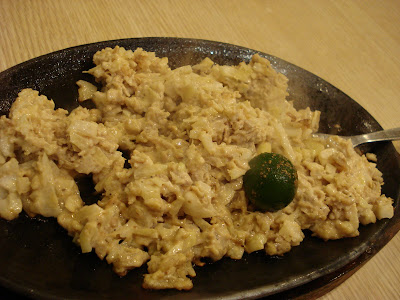 HSBF is a true-blooded Campampangan and no meal for him is complete without a sizzling plate of sisig! Instead of going for the original pork sisig, they opted to try the Chicken Sisig (Php. 180) instead. Both liked Conggo Grille's version however agreed that the mayonnaise/cream can be a bit overwhelming. 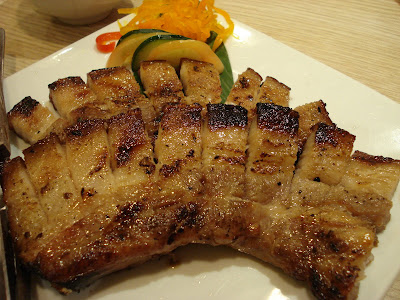 Last was the Inihaw na Liempo (Php. 140). This is perfect with a cold bottle of beer but since they just wanted to talk and bond that evening, they just chose to have the liempo together with a cup of garlic rice (Php. 35) and a glass of Coke. The serving size of the liempo was good for 2 to 3 pax but both also noticed that the lean meat was pretty small compared to the fatty portion. This is definitely one thing health buff's might shy away from.

Over dinner, the two updated each other about their day and made plans about their future.

Yes, you read it right. After severe determination, HSBF finally had the courage to contact animated talking girl and won her heart in the process. It has been seven happy years since that fateful evening at Conggo Grille and while a lot of things have changed, two things remain constant, the fact they they love each other's company and their fondness for Conggo Grille's food.