The Chop House by The Wooloomooloo Group

- August 28, 2014
Our dear friend A is in town and this just gave the group another reason to get together for a nice dinner last Sunday. A's dinner choice was The Chop House in Vivo City and we just couldn't be happier! After all, who says no to having steak and burgers for dinner? 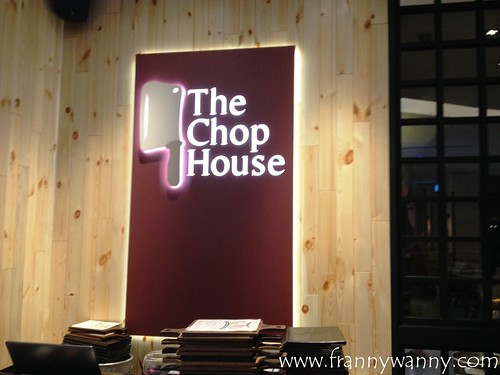 Researching more about The Chop House, I was surprised to know that this is actually part of the Wooloomooloo Group. As you all know, Wooloomooloo is ranked to be one of the best steak houses both in Singapore and in Hong Kong. I've been wanting to try Wooloomooloo since I moved to Singapore last year so consider this my first step to Wooloomooloo. What sets The Chop House apart from the famous steak place is that it has a more casual vibe. They're known for their self-service bar system where diners can avail of tap cards with credits that will allow them to try as much beer as they want. 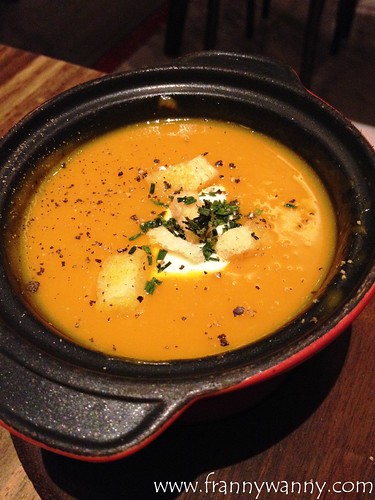 Paul and I started our meal with a bowl of Pumpkin Soup (S$10) which was very good. I tell you, after trying Cibo's Pumpkin Soup, it's really hard to find one that matches up to it but I'm happy to report that The Chop House's version was just as delicious. Perfectly creamy with the right consistency and each spoonful gives you a strong flavour of pumpkin puree and pepper bits. Yum! 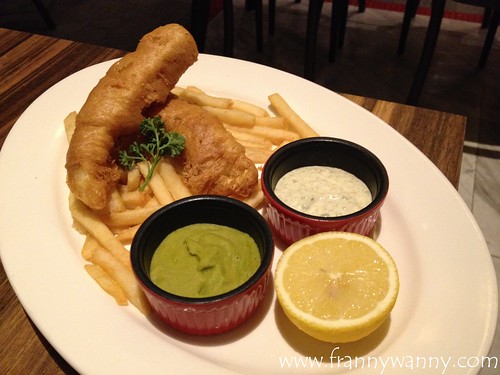 For our mains, I tried the Fish & Chips (S$24) as I've been craving for this for weeks! Melt-in-your-mouth cod fish coated in a crispy beer batter and served with mashed peas, fries and homemade tartare sauce. The fish was so good! Flavorful on its own that I hard found the need to dip it into the tartare sauce. However, the sauce was just a delicious so why not! What I didn't like though was the mashed peas as it was bland and it somehow didn't create any impact to the dish. Wish they replaced this with some creamy spinach or coleslaw instead. 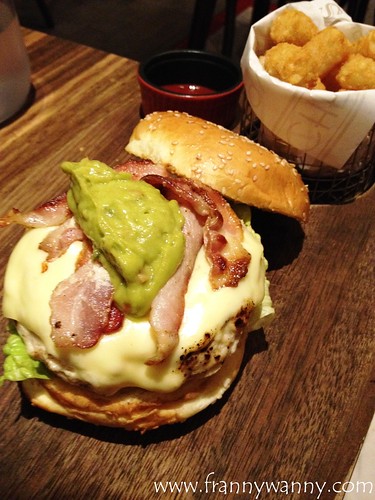 Paul, on the other hand, tried the Bacon, Guacamole and Chicken Burger (S$20). First of all, when he said that he's ordering that, I warned him that the chicken patty might be dry and bland. However, he was confident that The Chop House won't let him down plus there's bacon and guacamole so he believes that nothing can go wrong given this good combination. Such positive vibes he has, noh? Well, he was right. The chicken was grilled perfectly making it juicy and delicious in every bite. The bacon gave it a smokey flavor and the guacamole just sealed the deal for this dish. It was delicious and what made it even better were the Tater Tots that were served with it. I happily swapped my good ol' fries with Paul's tater tots. :) 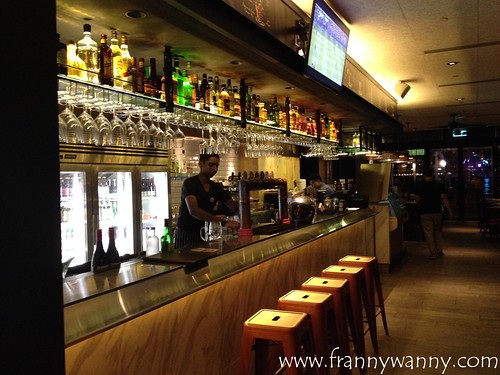 What a delicious meal at The Chop House! I can't believe that we waited this long before we finally went to try it. It's a good thing A suggested this or months or years would have probably pass before we finally discover this gem that's located so close to our home.