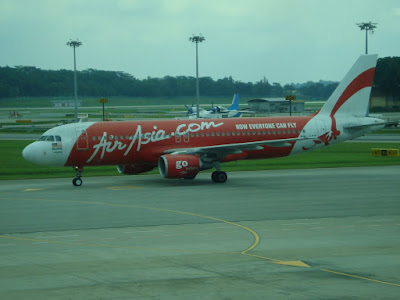 From beautiful Singapore we flew to Kuala Lumpur, Malaysia via Air Asia. There are actually more than one way to get to Kuala Lumpur from Singapore. There's the 5-hour bus ride, the chartered car drive or the 55 minutes air travel. Not wanting to wait very long, we chose the later and luckily Air Asia was also having a Seat Sale at the time when we booked our ticket! Also, Air Asia passengers goes to the Terminal 1 of Changi Airport that has far more food and retail establishments than its Budget Terminal. Our flight was smooth and stress-free. 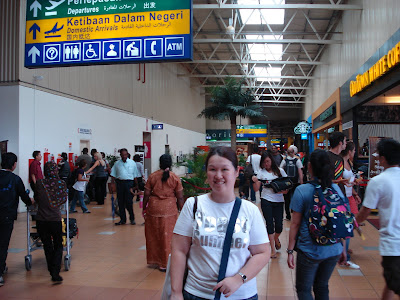 In no time, we have landed at Kuala Lumpur's Low Cost Terminal (LCCT). After a short walk from our plane to the Immigration Area, we breezed through the luggage belt and out towards a chain of restaurants and transport terminals.

To be honest, we had to adjust a bit as we got used to the cleanliness and tight security of Singapore. Malaysia is more lax and it has a good mix of people coming in and out of their airport. 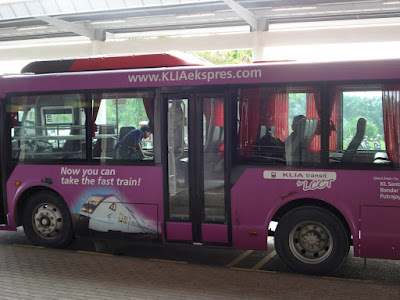 From the LCCT, we took a friend's advised and availed of the Airport Express (MYR 12.50) that literally cut our transport time by half! Many would take the usual bus that would bring them to KL Sentral and this would take an hour and a half to two hours. Meanwhile, we bought tickets where we took a shuttle bus to drive us to the Salak Tinggi station where we waited for our fast train to take us to KL Sentral. 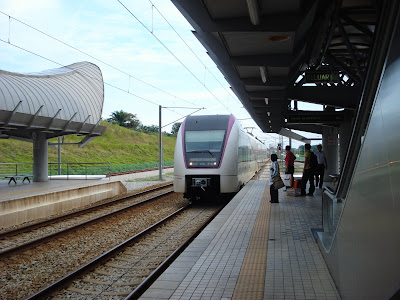 Upon reaching KL Sentral, we had to pause for a minute to decide where exactly we should go to get to the Monorail to take us to the Raja Chulan station where our hotel was located. Unlike Singapore where everything was interconnected by tunnel and covered walkways, here we had to go out of the big KL Sentral station and follow a kind old lady who led us out to the main road and straight to the Monorail station. It was a short 3 minutes walk but it can be pretty challenging for two uncertain travelers carrying pretty having luggages.

As we reached the Monorail station we were able to enter and go up to the waiting area with ease. However, upon reaching Raja Chulan, we realized that they do not have an escalator going down and poor Paul had to literally carry down our luggages through the stairs. We should have taken a cab at this point.

As days go by, we have gotten used to the roads of Kuala Lumpur and most of the time opted to just walk as most of its tourist spots are located near each other. We're also lucky to have a nice hotel that is very accessible to the shopping district too.

That's Malaysia for you, it truly has a different colorful character that appeals to the adventure-seekers, the shopaholics and a lot more!