Allow me to interrupt my regular food blogging to share something that left a really bad taste on the mouth or shall I say a truly traumatizing experience for my sister as she renewed her Philippine Passport yesterday afternoon. 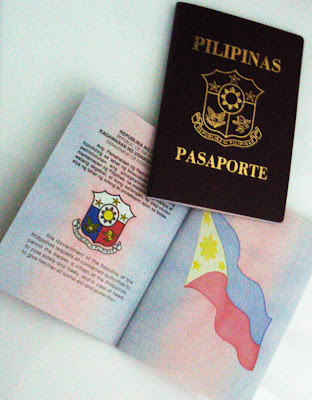 A month ago, I personally logged in to the new DFA Passport Appointment System, which I honestly think was pretty cool and modern for our government to have, and took care of scheduling my sister's passport renewal which was set yesterday, January 17 at 130PM.

Last night, I repeatedly reminded her to go early as I had a feeling that there might be a line which might cause her some delay for about 30 minutes to an hour. I've read up on the experience of a fellow blogger which made me confident that things over at the DFA has tremendously improved and my sister will be able to have her passport renewed in no time....

My sister only took a short break from work to have her passport renewed. She arrived at the DFA at exactly 1PM, 30 minutes before her scheduled time. There was already a line and by the time she got in, it was already 230PM. The procedure was supposed to be easy.

Step 1: Go to the Appointment Center to present all required documents

Step 2: Fill up the remaining blanks on your application form

Step 3: Go to the cashier to pay your passport fee

Step 4: Proceed to the Encoding counter

Step 5: Have your picture taken

Well my sister was there up until past 6PM (that's a total of 6 hours worth of waiting time!) but that's not where things got ugly. She followed the steps and patiently lined up with all the hundred applicants inside who also had to skip work to wait for their passports to be renewed. At this point, you can just see that with the length of time you have to spend in just renewing your passport, it kinda speaks a lot about the speed and efficiency of our friends over at the DFA center.

When it was my sister's turn for the picture taking, she went straight to counter 24 and the "photographer/encoder/whateveryouallhim" asked her if she's wearing contact lens. She said yes and he told her that this was not allowed. She needs to take it out prior to having her photo taken. This shocked my sister as it was not stated ANYWHERE in their website about wearing contact lens. The guy continued to threaten her that if she continues to have her photo taken, the QA department won't allow this and she needs to do it all over again.

After waiting for 6 long hours, the last thing my sister wanted was to stay longer at the DFA. Unfortunately, she didn't have her case with her nor did she bring a solution for her contact lens. Come on, who would bring those things knowing you will be wearing your contact lens the entire day?

The smart aleck DFA guy then told her to just take it off and wash it with water before returning it back to her eye. Obviously he knows nothing about contact lens and how you have to be careful in keeping it clean or face the risk of getting your eyes infected. My sister refused and he then offered her a case which he said no one owns and she will be the first to use it. She opened the case and she saw dust and residue at the bottom of the case... I guess he's right, she will definitely be the first to use it...THAT DAY.

Thus, her idea was to just get the case and pay for it. For those who are knowledgeable about contact lens and basic hygiene, I apologize if you are already cringing by now.

Left with no choice, my sister place her lens on the case and had her photo taken. After this was done, the guy asked for the case back, she explained again to him that she can't wear her contact lens again as she do not have the solution with her and she even tried to put it back after running it under water but to no avail. Her eyes were starting to get red at this point. My sister just insisted that she will pay for the owner-less case but finally the guy slipped up and said someone owns the case. This is starting to sound disgusting right?

After a long argument and still the DFA encoders just couldn't get the logic of wearing contact lens, they finally let my sister go..yes with the dirty case and her lens inside.

Which makes me wonder:
1) How come there was no mention about contact lens being prohibited during your passport renewal in the website, onsite, in whatever form of communication that they could probably have released for the public to know (note that my sister's contact lens are clear and not colored) and..
2) Do they really know nothing about hygiene and do they really subject every single applicant with clear contact lens to the same ordeal?

What was supposed to be at least a two hour process turned into a six hour ordeal for my sister who was forever traumatize by renewing her Philippine passport. Not only did she lost 6 productive hours at work, she had to have to contact lens professionally cleaned tomorrow and she left DFA angry, tired and frustrated at the system.

Dear DFA, what you did was not cool..sure you have an online scheduling system but I think you really have to train your staff on following the time schedule, being efficient and knowing a little thing or two about hygiene.