- January 27, 2015
When people would ask me what Paul and I did in Cebu, I would simply say... "we slept and ate...ate and slept some more." Not really intending to sound incredibly lazy but we were on a vacation so I guess what we did was just right. 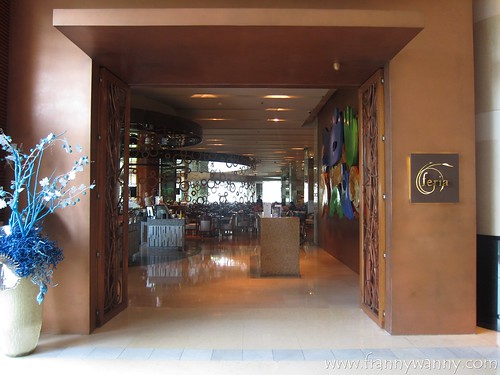 Take our first day for instance, upon checking in, we decided to grab lunch at Feria -- the hotel's in-house all-day buffet restaurant. This is because we just plan to take a nap after lunch and wake up just in time for the afternoon cocktails at the Business Class Lounge. 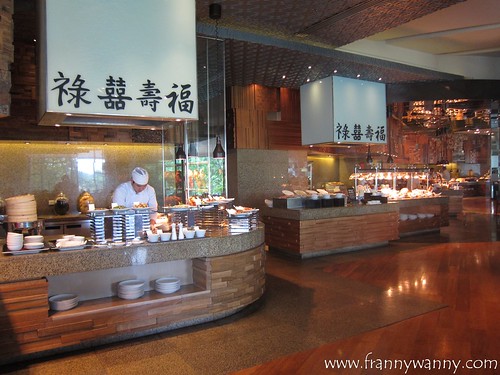 The restaurant boasts of a very very very wide variety of food. If my memory serves me right, there were about 10 stations available -- Cold Cuts / Antipasti, Salads, Cheeses, Indian, Mediterranean, Chinese, Japanese, Filipino, Western and Dessert. While there were some staple dishes, the menu generally changes in every meal and every day.

Allow me to tour you around Feria: 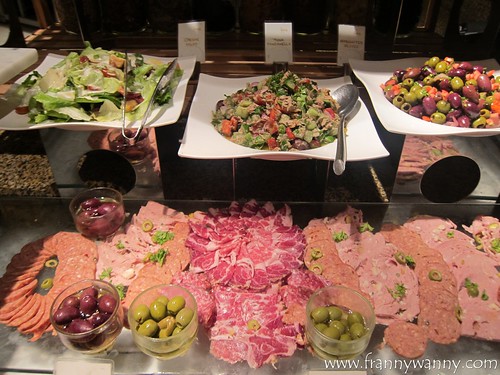 As you enter, you'll be greeted by the Cold Cuts / Antipasti station where you can help yourselves to all the olives, cold deli meats and some salmon tartare too. 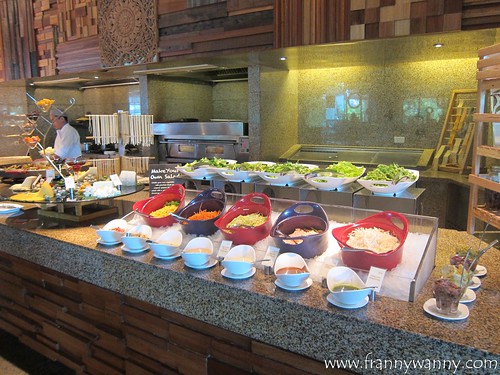 Moving on, there's the Salad Station where you can create your own salad depending on your choice of toppings, greens and dressing. I like starting my meal with a bowl of salad. That way, I've filled up my veggie quota at least for that meal and I can feast away! 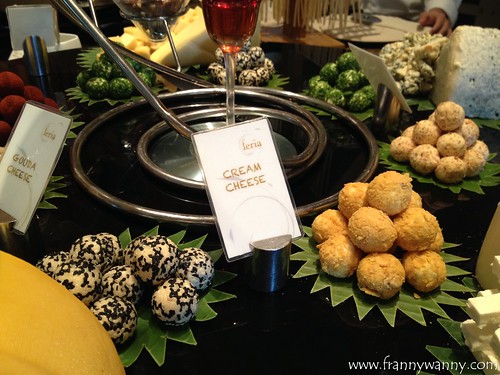 The next station was the Cheese display where I enjoyed trying the different flavored cream cheese balls. My personal favorite was the one covered in green which I think is dill. 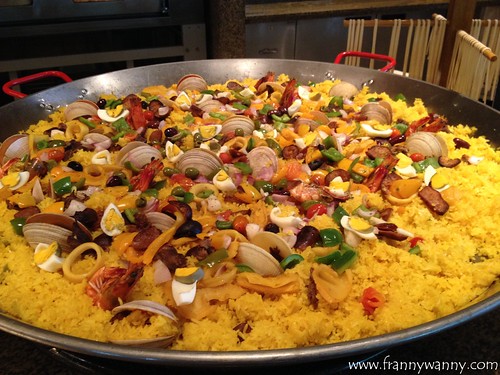 As if the selections are not plenty already, Feria added in a few more stations to cater to the very varied taste of its customers. There's now the Mediterranean station where you can help yourselves to the homemade paella and the Chicken Tajine which makes use of this cone-shaped clay pots that is said to help in conserving the flavors and the aroma of the dishes. Interesting don't you think? 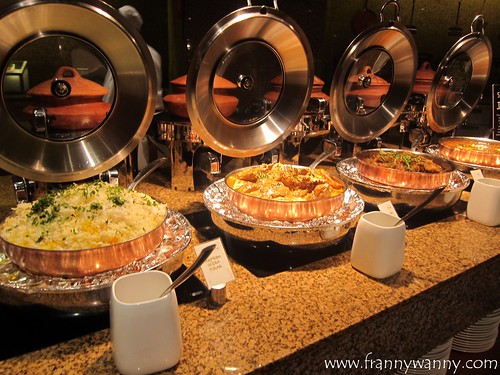 They have also added in the Indian Station where I happily helped myself to some papadum and chutneys. Yum! 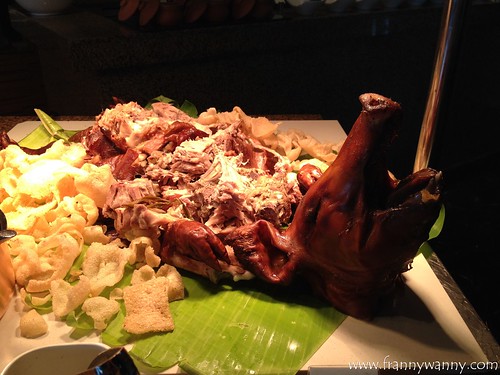 Behind the Indian Station are four familiar-looking clay pots which are filled with some Filipino dishes. My favorite was the Pork Humba which was soooo flavorful and rich. That and of course the Lechon which we flew to Cebu for. 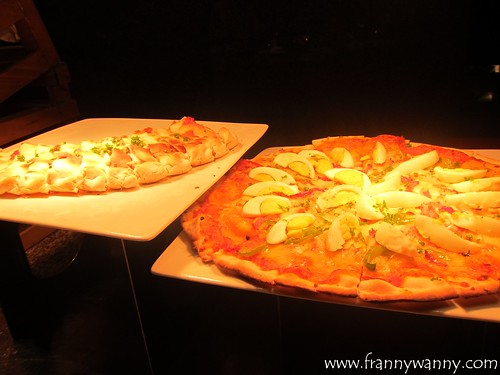 Moving on, there's the Western station where kids will surely enjoy the pizza and their parents can indulge on the ham and steak. It's interesting to see that they have also added in a bowl of popcorn or on some days, a bowl of corn chips too. 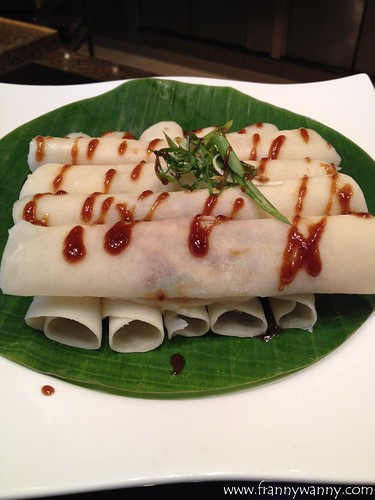 Some diners would love the Chinese station where you can help yourselves to all the peking duck your heart desires. There's also a Chinese Noodle area where you can customized your noodle soup as well as a good selection of dimsum and Chinese hot dishes too. I enjoyed this station the most as I think I've tried all the viands offered here. 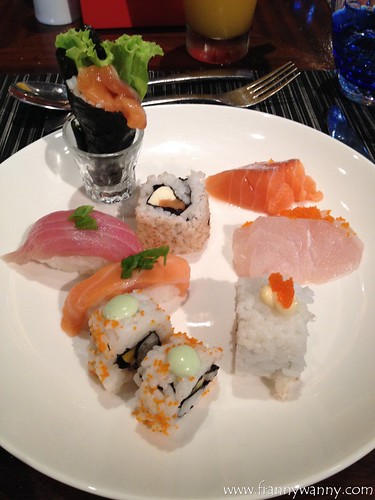 Then, there's the Japanese  station at the middle of the restaurant. You can get your fill of sushi and sashimi. I just noticed though that the selection was quite limited as there was no sukiyaki, teriyaki or even the ever popular tempura. Quite odd, don't you think? It was just mostly sushi, sashimi and miso soup. 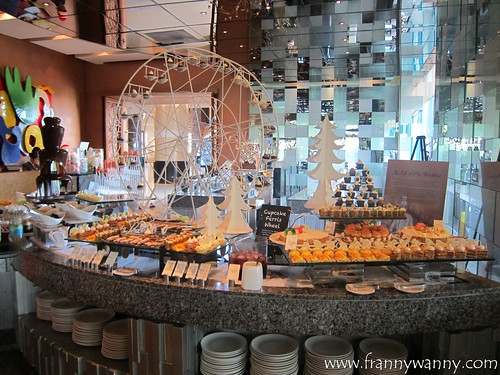 Lastly, there's no way you can end your meal at Feria without having dessert. I totally went nuts upon seeing the cupcake carousel. It was so adorable! This section looks like every child's dream come true. We enjoyed the local kakanin (sticky rice) as well as the homemade ice cream too. Here's a trivia, did you know that the desserts served at Feria are creations of Chef Allan Barrios who comes from a family of pastry chefs?

We enjoyed our first meal in Cebu at Feria that we actually ate there again for dinner before heading back to the airport. Some of the dishes were the same such as the sushi selection, the salads, noodles and lechon but everything else were unique and new.

Excited to try Feria? Well, according to the website, they have an ongoing promotion. Dine at Feria every Tuesday, Thursdays and Saturdays and get 50% your total bill. That basically amounts to just Php. 775 per person!